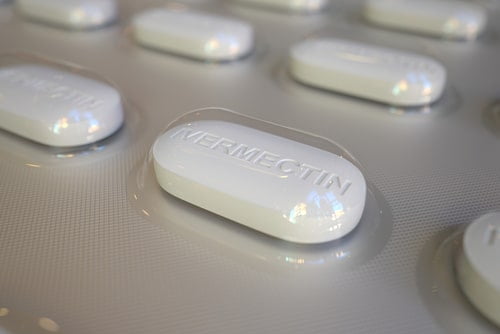 The case for ivermectin in the fight against Covid-19Blog

At 8.30pm on March 23rd last year Boris Johnson stood in front of a lectern within 10 Downing Street and announced that the UK would go into lockdown with immediate effect.

‘Three weeks to flatten the curve’ is how his insistence that, if possible, the restrictions would be relaxed after 21 days has been reported since.

Today, as I write this, we look back at 16 months in which there have been close to 4 million Covid-related deaths, three full lockdowns and, despite the rollout of a vaccine that was pitched by the Government as our route out of restrictions, more delays to the restoration of our civil freedoms.

Understandably, many people are asking why, when the vulnerable age groups have all been offered the vaccine, we are not already living normal lives.

Either the vaccine works, or it doesn’t. The Government, arguably rarely shy of playing fast and loose with the truth in matters of State, insists the vaccine is effective.

Matt Hancock, whose competence during this crisis was so brutally brought into question by former Downing Street adviser Dominic Cummings, insists the vaccine is also effective against the novel Delta variant.

Yet here we are on the eve of the original date for the removal of all social restrictions, with another month of enforced limitations on our movements and activity.

The only reasonable conclusion to be drawn, surely, is that the vaccine is not as effective as we are being led to believe. Or, at least, the Government isn’t convinced that it is.

And at that point you might reasonably think that the Government would be keeping an open mind about alternative anti-covid treatments that might be available.

If you follow the news or catch up regularly on your social media feeds, you’ll probably have heard of the drug ivermectin and may also be aware of the strong body of opinion that says it is highly effective in reducing the risk of death from Covid-19. Furthermore, there is strong evidence that it reduces risk of getting Covid-19 when used prophylactically.

And if you haven’t heard of ivermectin and its potential role in preventing and treating Covid-19 then that may be because Facebook and Ofcom make any debate about alternative treatments to the ‘approved’ vaccine all but impossible.

Facebook unilaterally removes post that dares to question the efficacy or legitimacy of the Oxford and Pfizer vaccines. Ofcom has prohibited the mass media under its regulatory control from deviating from the Government’s vaccine narrative.

Yet at the request of Dr Tess Lawrie, the director of the Evidence-Based Medicine Consultancy, ivermectin has been evaluated by a panel of scientific and virology experts and been recommended by that panel – and I quote – ‘for the prevention and treatment of covid-19 to reduce morbidity and mortality associated with covid-19 infection, and to prevent covid-19 infection among those at higher risk’.

Ivermectin, if you’re not already familiar with it, is a totally safe drug that has been in wide use  for around 50 years (which, by the way, means it has undergone far more rigorous testing than any vaccine that you may have received in the last few months).

It is a drug that’s metabolised through the liver and is used to treat both humans and animals – generally for parasitic infections.

In the 14 months since April last year ivermectin’s use in the treatment and prevention of Covid-19 has been the subject of 27 randomised controlled trials (RCTs) and 16 observational studies.

Crucially, what those studies and trials also tell us is that it is the only treatment that is effective at all stages of Covid-19 infection, from prophylaxis through to critical care.

More recently Tess Lawrie and a team of UK experts performed a systematic review and data analysis that included 21 RCTs that showed ivermectin reduces the risk of death from covid-19 to about one-third of the risk of death without using this medication.

What that means is that in the long run, of every nine patients who would otherwise die from covid-19, six can now be saved by using ivermectin.

Importantly, the review also revealed that for every seven people who would catch covid-19 from an infected person, only one is likely to catch the illness when using ivermectin.

Ivermectin is considered a very safe medicine. In the many studies and reviews of the drug only infrequent (< 2-5% of treated patients) and mild to moderate adverse effects have been reported. As with many other approved drugs, more severe neurological complications are possible, but rare.

So why, in the face of all this evidence, will England Health not approve ivermectin for use in the fight against Covid-19?

Oral ivermectin is listed in the British National Formulary but it is not licensed and is therefore infrequently prescribed in the UK. Where it is prescribed, the dispensing pharmacy is required to obtain it from a specialist supplier.

It’s important, in the debate about ivermectin and its uses, to be aware that GPs may prescribe the drug in a different way to that described in the drug’s licence (known as off-licence or off-label prescription), at NHS expense if they believe it is appropriate for the patient.

There is already speculation that the emergence of the Delta and other variants will see us thrust into another lockdown in the autumn.

With that threat in the air – and the accompanying yet unspoken possibility that the approved covid vaccines are not as effective as perhaps we are led to believe – maybe it’s time for the Government and Public Health England to do what they have always claimed they were doing and follow the science.

Are You Getting Enough Iodine
Dr. Nyjon Eccles

The case for ivermectin in the fight against Covid-19
Dr. Nyjon Eccles