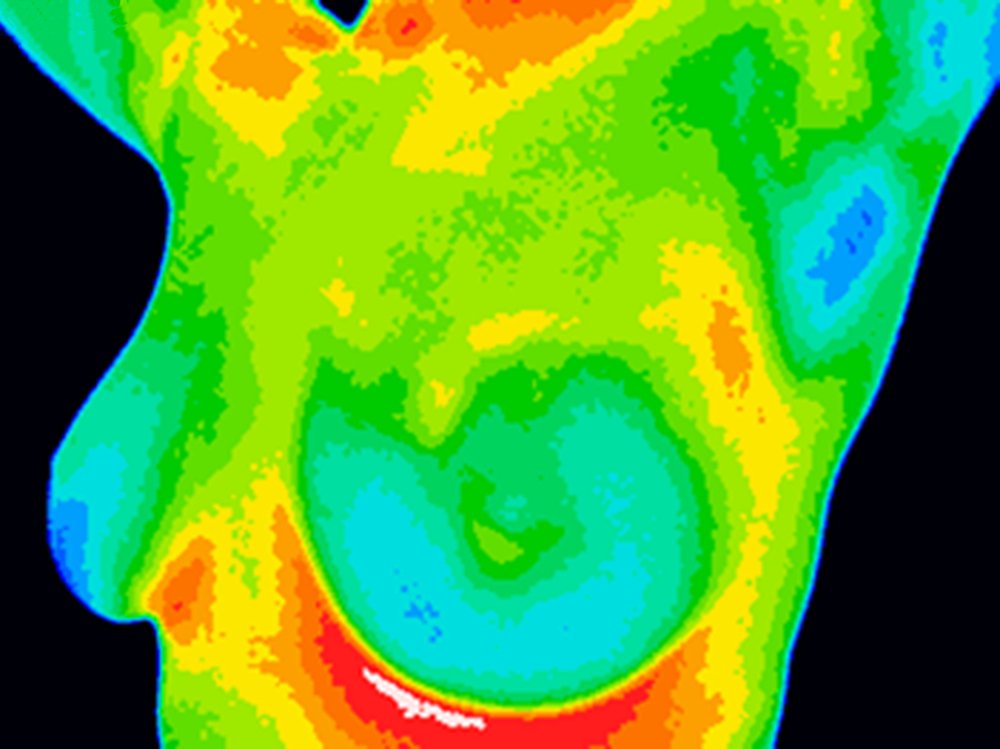 We’re having the wrong conversation about breast cancer preventionBlog

Two things have cropped up in the news in the last couple of weeks that have reinforced my view that when it comes to breast cancer prevention, we’re having the wrong conversations about best practice.

In India there has been much fanfare over the roll out of new breast cancer screening technology that uses non-invasive thermal imaging to detect heat pattens that suggest abnormal tissue.

And if regular followers of our blogs here at The Natural Doctor think that sounds familiar then they’re right. This ‘new’ technology is called thermography, and it uses precisely the same scientific and technological principles as the ThermoCheck® screening we use here in the clinic.

What is new, though, is that the roll out of thermography in India – primarily intended to extend breast cancer screening into areas where it is hard to deliver regular mammography services – has the backing of the Indian government.

Wind back a few days and we find online medical news channels covering calls for thermography to not replace mammography as a breast cancer screening tool.

For me, the contradictory positions that these two stories represent illustrate perfectly the confusion that exists within the public health sector when it comes to breast thermography and misunderstanding of how it differs from mammography.

On the one hand, one of the largest nations on Earth has seen the potential benefits that thermography can bring in terms of early identification of cancer cells or tumours, and on the other clinicians in one of the most advanced nations in the world are campaigning against its use.

And yet at no time has anyone, me included, ever suggested that thermography should replace mammography. Even in India, where thermography is being deployed to try to steal a march on breast cancer, mammography is still considered the primary screening tool.

So, to be talking about whether thermography should replace mammography within our public health service (or any country’s health service) is a pointless waste of time; that’s a conclusion I arrived at many years ago.

Whilst I might have grave doubts about the effectiveness and accuracy of mammography as a screening system, I also know that it is highly unlikely to be abandoned, even though those same doubts have persuaded some countries, including Switzerland, to do so.

At that point, we’re in the ridiculous situation of debating the validity of a proposition that no one is actually making!

Here are some simple and inarguable facts about mammography that I think are important for women to understand:

There are also other risks associated with the manipulation – crushing, in fact – of breast tissue by heavy mammography plates with some studies having shown the trauma experienced can cause cells and tissue to mutate and/or abnormal cells to migrate.

There are also some facts about breast thermography that women should also be aware of:

None of which is intended to suggest mammography has no place in the war on breast cancer.

But surely, if we’re really serious about winning the fight against breast cancer – a condition that claims a life every 45 minutes in the UK – isn’t it time we added to the armoury that we have at our disposal?

There is no suggestion by any of the UK public health agencies that thermography is harmful and given its application is non-invasive it would be impossible for it to present a risk anyway.

There is also no evidence to suggest thermography doesn’t work – how could there be when the National Institute of Clinical Health Excellence (NICE), which oversees health strategy, has steadfastly refused to support any research into its efficacy?

The biggest problem with having the non-debate about thermography as an alternative to mammography is that it deprives women of being able to have some control over their breast health management.

For every second we waste talking about the ‘either or’ question, a woman somewhere in the UK inches closer to the grave.

It begs the question: what is the worst-case scenario if we simply made every woman in Britain aware of breast thermography as a complementary option used in tandem with mammography for managing breast health?

I’ll tell you the answer: it’s that for some women thermography might return a result that ends up not being cancer. Other women may have the opportunity to manage poor breast health through improved lifestyle choices. And some women may get a diagnosis of treatable cancer months or even years earlier than they might otherwise have done.

Surely it can’t just be me who sees no downside in that?