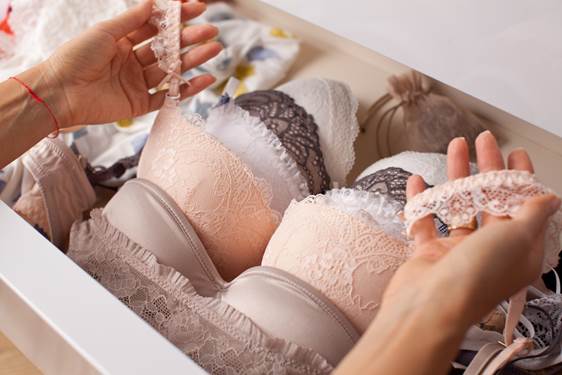 Can your bra cause breast cancer? By Dr. EcclesBlog

The role your choice of underwear may or may not play in breast health has been causing a good deal of argument across some online forums recently, with opinion on both sides divided.

On the one hand, people like applied medical anthropologist Sydney Ross Singer point to studies which suggest that tight-fitting bras may be a contributor to breast cancer diagnoses. On the other, those who oppose the view point to an absence of hard science, backed by peer review, to support the claim.

The American Council on Science and Health (ACSH) website carries a strident and desultory challenge to the research cited by people like Singer, accusing him of basing his call for women to pledge to be bra-free to help maintain healthy breasts on a design study that is ‘not acceptable’.

It adds that the study cohort that Singer is attempting to recruit is a ‘sham’ and that the book he has written on the subject and based on his research to date is simply a cynical way of parting people and their money.

Sydney Ross Singer himself – and others who support his conclusions over the possible risk that tight-fitting bras may pose – suggest the reluctance of the ACSH and American Cancer Society to entertain a debate on the subject is in all likelihood motivated by the vested interest those organisations have in preserving mammography as the primary method of breast cancer screening.

Yet, and as some who have witnessed the increasingly hostile exchange between the two sides of the argument have observed, there is no cost to anyone of electing to go bra-free or for choosing a non-underwire bra option and there is no cost to joining Singer’s study group.

Others argue that any research into potential causes of breast cancer should be considered helpful and that if someone wants to buy a book for £10 or $10, even if it doesn’t have hard and fast answers, then that’s their prerogative.

First of all, there can be no harm in being cautious and selecting a non-constricting non-underwire bra or even living bra-free. Society, rather than nature, has deemed the bra a necessary or desirable piece of underwear and over the centuries it has evolved beyond its original so-called practical use into an item of clothing that is has become increasingly sexualised.

That said, it is a similar argument to whether or not to use aluminium-containing deodorants. The work of Dr Philippa Dabre shows increased aluminium within breast cancer tissue compared to non-cancerous tissue. Whether or not this is a causal relationship, it represents at least an association that should lead to women choosing underarm deodorants wisely.

It’s the same with choosing a bra. If there might be an association with type of bra and increased risk, then why not choose a safer option?

Second, medicine does not have all the answers. It cannot say with any certainty what does and does not cause breast cancer and therefore it seems short-sighted, if not a little petulant and churlish, to rule out the bra as a potential contributor to risk.

Third, we know that some countries, like Switzerland, have abolished the use of mammogram as a screening tool because its lack of effectiveness as such, while others, such as France, are conducting scientific reviews of its benefits.

Fourth, potential concerns over its own contribution to the cancer risk mean confidence in mammography – which at best, after all, will only confirm that you have the disease already – is far from overwhelming.

There are unanswered questions about the link between the irradiation of regular users of mammography along with (and this is pertinent to the bra argument) some evidence that regular ‘crushing’ of the breast between the screening plates over a period of years may be a cancer trigger – something the clinical medical and academic research communities have so far failed to disprove.

So, if we accept that aggressive manipulation of breast tissue may well be a contributing factor to breast cancer, is it a tremendous leap to consider that a tight fitting constricting underwire bra worn every day, which itself manipulates the breast unnaturally – could also be a factor worth investigating?

Whilst the ACSH and ACS may be vociferous in their rejection of Singer’s claims, it’s worth just pointing out that the best they can offer by way of rebuttal is that ‘there is no proof that bras cause cancer’.

To be clear, it’s important to identify what they’re not saying. They are not saying that research has disproved a link. They are saying there is no research to prove it. And that’s because the clinical research that might settle the argument one way or the other – and the absence of which they identify as the flaw in the Singer argument – has never been carried out.

So which argument has the greater credibility? The argument that has no study of any sort behind it? Or the argument that is backed by at least some degree of study, albeit a study not recognised by the traditional medical community?

That, of course, is for you to decide. But in the meantime, if there’s even a 1% chance it might help you to avoid breast cancer, and you feel comfortable doing so,choosing to wear a non-constricting, non-underwire support bra or going bra free would seem to have very little going against it.