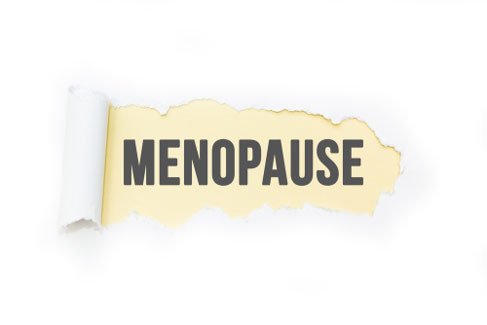 Don’t be a slave to the symptoms of the menopause, By Dr. EcclesBlog

Two television presenters – Emma Forbes and Davina McCall – have both opened up recently about how the menopause has impacted on their lives, and on the surface of things it would seem they’ve had very different experiences.

On the one hand Forbes says she struggled badly with the condition, acknowledging that whilst every woman’s journey is different, hers had been akin to being ‘hit by a train’.

She spoke of suffering terrible anxiety and loss of confidence – but, importantly, says she reclaimed her old self only after opting for bioidentical hormone replacement therapy rather than synthetic HRT.

On the other hand, McCall hailed the start of the menopause as the beginning of a new lease of life for her, describing it as a ‘rebirth’ and confiding that she was enjoying being free from the worry of whether men found her attractive or not.

Both women are roughly the same age – Forbes is 53, McCall 50 – and both are hugely successful women in their own ways. But it would be easy to look at both their stories and reasonably conclude that one has had a positive experience of the menopause and one has not.

In fact, it’s probably more likely that whilst every woman’s journey is unique, the menopause, per se, is not the cause of Emma Forbes’ unpleasant experience or of Davina McCall’s more empowering one.

There’s a fair chance that, instead, the way in which women view the menopause is defined by how they choose to manage it.

Some women eschew the notion of HRT treatment, deciding instead to live with their menopausal symptoms and manage them on a symptom-by-symptom basis. Others elect to use synthetic HRT because they perceive it to be ‘tried and tested’.

But increasingly, many women, like Emma Forbes, are turning to bioidentical hormone replacement therapy (BHRT) – sometimes referred to as body identical HRT – to manage the effects of the menopause and it’s telling that having made that choice she now claims to ‘feel like the old me’.

The difference between BHRT and the synthetic alternative prescribed by the NHS is that the BHRT uses compounds that have precisely the same chemical and molecular structure as the key hormones naturally found in the body, making it the treatment that most closely replicates the body’s hormonal profile.

Furthermore, BHRT tends to include other important hormones to a woman’s wellness other than oestrogen and progesterone – and that delivers benefits which go far beyond those synthetic HRT can give.

The physical symptoms many women experience during menopause can be extremely unpleasant – hot flushes, night sweats, insomnia, loss of libido and fatigue are among the most common –  but the significant changes going on in the body at this time can also trigger emotional responses that can be equally distressing, if not more so.

Many women report suffering with anxiety and confidence loss. Others experience periods of depression or anger, pronounced mood swings and irritability and – as Emma Forbes herself observed – the sense of losing touch with the person you thought you were.

Because BHRT includes more hormones, all of which replicate through natural ingredients the hormones produced by the body, it is more effective in successfully treating a wider range of common symptoms – which means a more comfortable journey through the changes your body is undergoing.

There are other benefits, too. The natural composition of the therapy combined with the fact it’s a long-term treatment mean it has unique anti-ageing qualities that bring physical and mental health benefits that can’t be attributed to use of synthetic HRT.

Many women feel they have to ‘go it alone’ without treatment during the menopause because they’ve been scared off by media stories over the years that relate to synthetic HRT. Regardless of the truth or otherwise of those headlines, the simple fact is that BHRT offers an escape from menopausal symptoms that comes with significantly reduced longterm health risk.

At The Natural Doctor® we believe every woman should have the right to relief and so our bioidentical hormone replacement therapy is perfect for women who have chosen to decline synthetic therapy but want to avoid common symptoms whilst staying safe in the longterm.

If you’d like to find out more about BHRT and how it can benefit you on your menopause journey, please contact us for a confidential chat.